Parallax scrolling or more commonly known as parallaxing is the effect usually used in 2D games that gives the impression of 3D depth. Whilst Booty5 does not currently support 3D it does support depth sprites / actors.

Depth sprites are sprites that are projected into the 3rd dimension. In real terms that means that sprites that are at a greater depth will move more slowly and be smaller than sprites of the same size but at a lesser depth. Actors have a “depth” property that tells the engine at which depth they should be rendered. Note that Depth does not affect visual ordering and Booty5 does not currently apply depth when rendering depth sprites to the editors canvas. Currently you will only see the affect of depth when you run a test from the editor.

We are going to create a scene that looks like the one below: 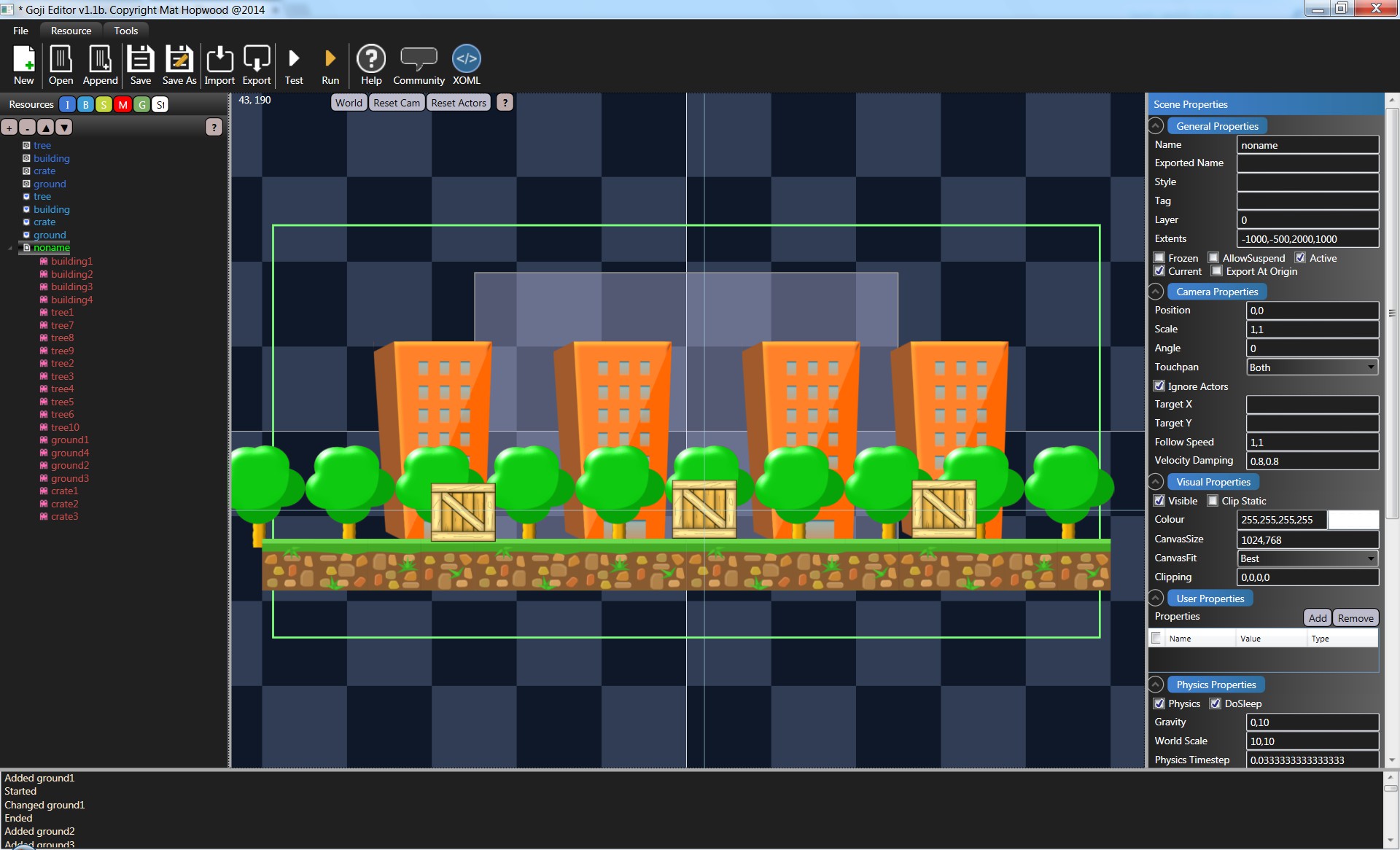 When you hit Test, things will not look exactly as they do within Booty5, objects will not seem to be in their correct places or have the correct sizes. This is normal, because we changed the depth values of various actors they have now been projected into 3D. Pan the camera around and you will see that actors with greater depth values move more slowly the further away they are.

Many games use parallaxing effects  to spruce up their games, now you can too

As previously mentioned the Depth of an actor does not determine its visual order. If you take a look at the order in which we created the actors for this project you will notice that we started by creating the objects that were the furthest away (the buildings) and ended with creating the objects that are the closest (the crates). if you are using depth in a scene then you have 2 options to help you sort visual ordering of the objects:

You can view the finished project for this tutorial here

You can download the complete finished project for this tutorial here.