Before we begin we recommend that you read My First Project as this will help you to become familiar with using the Booty5 interface.

The Booty5 editor enables you to create and attach physics materials and shapes to objects on the main canvas. Objects that have at least a physics material attached will be placed under control of the physics engine.

Creating a scene with objects under control of physics

We are going to create a scene that looks like the one below: 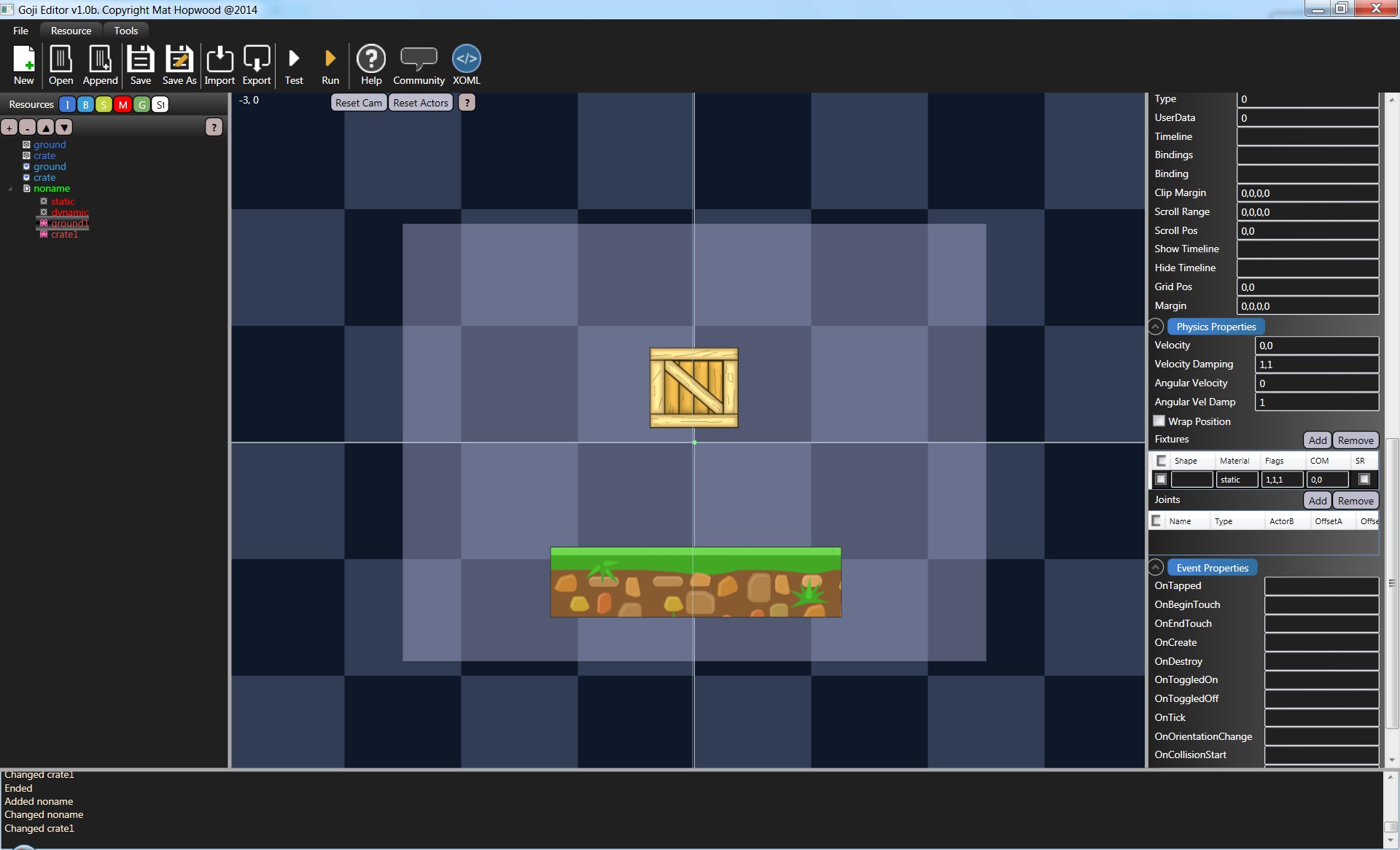 Now hit the Test button in the main menu. You will see that the box falls from its original position because it is under the affect of gravity, when it hits the ground actor it stops because the ground is static and cannot move. We can spruce the interaction between the crate and ground up a little by adding some bounciness. To do this we need to make the crate more bouncy:

Now hit the Test button again an you will notice that the crate bounces on the ground a number of times before settling at rest.

You can view the finished project for this tutorial here

You can download the complete finished project for this tutorial here