Much hammering and tightening has been under way of late, Santa and his helpers have nothing on how many hours have been put into getting 1.8.2b ready for release!

Ok, enough about Santa, version 1.8.2b of Booty5 the Game Maker for HTML5 developers is now available for download.

Changes for this release include:

The most notable change for this release is the addition of a shape editor which enables you to create / edit shapes that can be used for clipping, actor visual representation and physics fixtures.

The shape editor also supports auto tracing of bitmaps to generate optimised meshes, which are exported as sets of convex fixtures for physics.

Another new cool feature is the ability to select many components using a list of selections. For example, you no longer have to type the name of a fixture shape in directly, instead you can select it from a list.

Here are a couple of new screen shots: 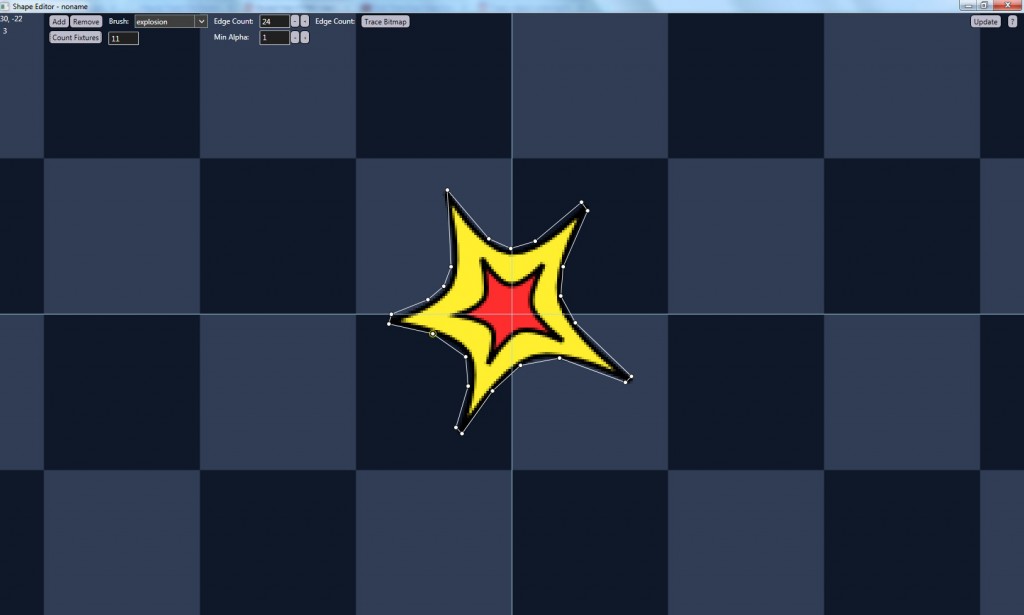 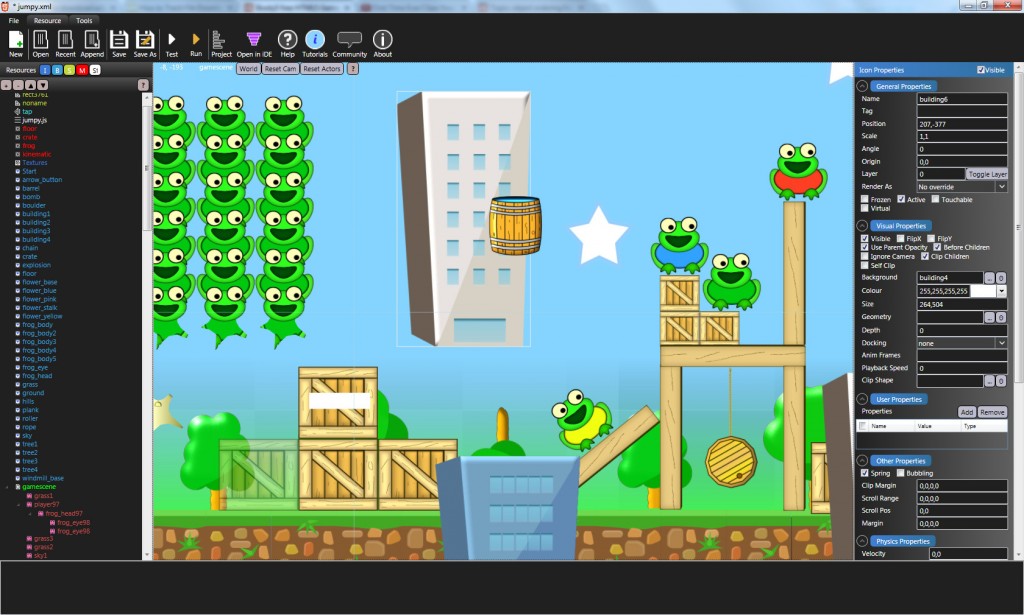 Hope you all enjoy the new features and fins them useful. Don’t forget to drop a line into the community forum if you want to leave feedback